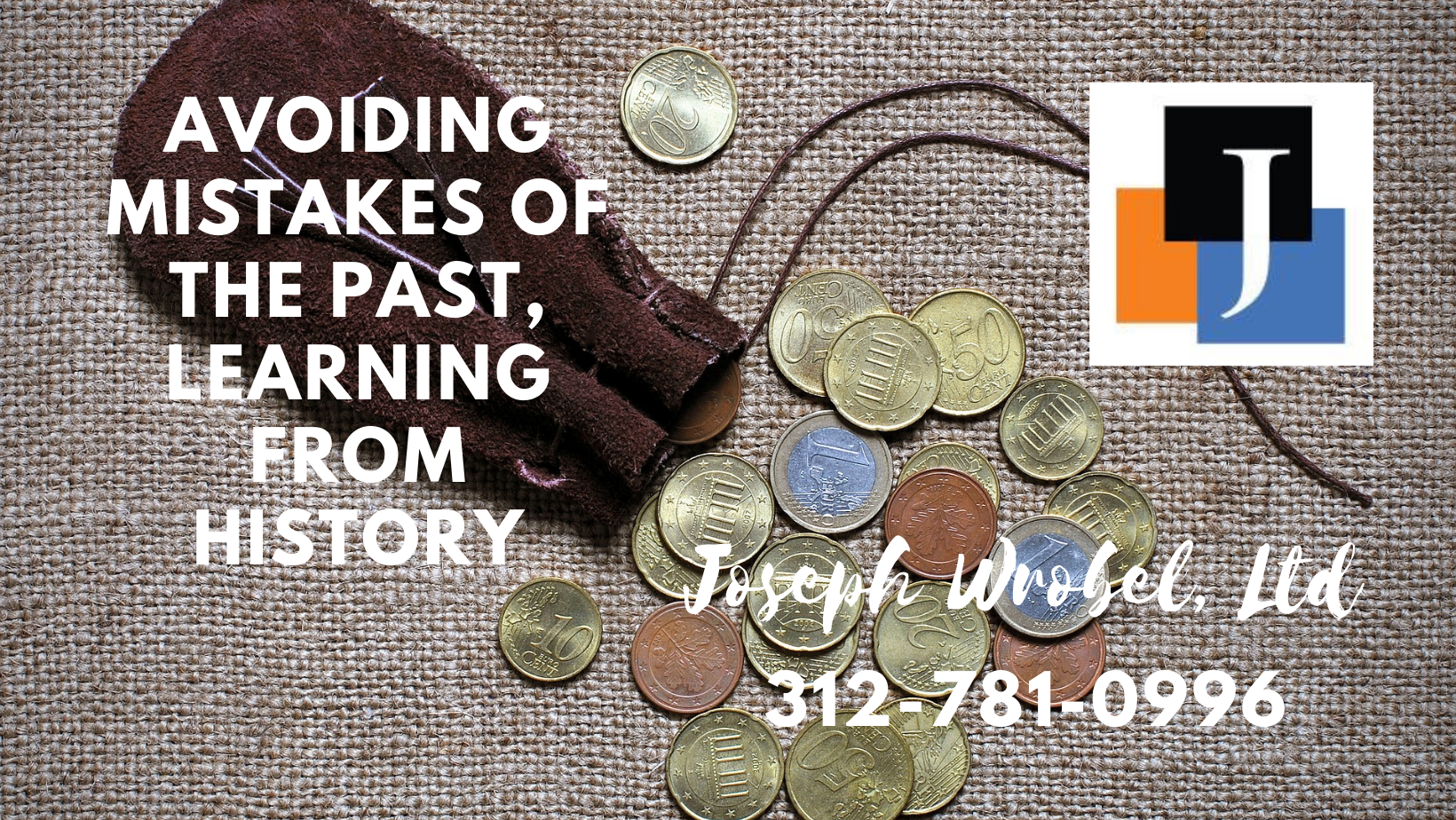 Avoiding the Mistakes of the 1980s During the Cold War with Russia, The Soviet Union

Learning from history, we should be avoiding the mistakes of the past, like the 1980s, when people seemed to stop saving and started overspending. If we don’t make smart financial choices when times are good, we are going to have money trouble when times are bad.

Consumer spending in the 1980s was out of control, by their past standards. Now consider the late 2000s, when the housing bubble broke and economic disaster led to the daily news headlines, did we learn anything from history? Around 2010 things were slowly picking up again, and by the end of 2019, just before COVID, people seemed to have more money and they were spending it like the bad economic times just a decade before were forgotten.

Hopefully, we all learned some money lessons from the COVID shutdowns. Many people are saving money again and spending reasonably, hopefully within their means. If we learned anything from history, challenging times may come again and the ready people, are the survivors.

Chicago Bankruptcy Attorney, Joseph Wrobel, helps people avoid mistakes of the past and get a fresh financial start. If your world was turned upside down by 2020 and 2021, it is time to put financial woes in the rearview mirror and look forward to making more money and doing smarter things with it in the future.

The End of the World Was Predicted and Everybody Reacted

1983 was a rough year and the economy was still recovering from difficult times in the late 70s. But there were greater things to think about, such as the cold war and the threat of nuclear strikes by the Soviet Union. The USSR was a real threat and in 1983 the made-for-television movie, The Day After, showed the horrific reality of nuclear war.

In response to so much media coverage about nuclear war bringing the end of the world, who needed to save for the future when it didn’t look like there was going to be one? People hit the malls and started shopping. Nothing like the instant gratification of buying things on credit, consumers began getting into debt and partying like it was 1999.

When People Think the World is Ending, They Are Not Saving Money

The Soviets never bombed us, and the world didn’t end. The USSR fell, and Russia was no longer a threat. Hopefully, people were not charging everything on credit thinking the world was going to end and they didn’t have to pay, because when the world doesn’t end, American Express wants payment.

People used to be in the habit of saving money. Even if it was just a small amount or percentage of every paycheck, it used to be commonplace for people to squirrel away their money to save for things in the future. Savings were not only for retirement, but also savings were used to pay to repair a household appliance, take a family vacation, and whatever else reasonably comes up in personal and household budgets.

But in the world of living on credit cards, who needs savings accounts when you can immediately buy not only the things you need, but also a few things you want, and pay it all off later? This behavior pattern has it backward, and people don’t have the experience of what it feels like to save money, watch it grow, and then make decisions with it. If the people swiping new home entertainment technology had instead saved their hard-earned bucks for that, they might have made more conservative choices instead of treating shopping as a game show.

The World Did Not End and Personal Debts Increased

As stated we did not get blown away by nuclear war, and all we got, was a bad spending habit as we seemed to unlearn the concept of saving money. The debt cycle is fascinating to experience, especially when it comes to the first-time consumers using revolving credit cards, and gimmicks to get into new personal debts to pay off high-interest rates on other credit cards. Introducing the balance transfer, consumers were able to get new initial low-interest rates on credit cards and transfer the high balances on high-interest cards to the new lower interest card of the week. Many banks even made it seem flashy and high end, sending people prepared checks they could write against their credit card, to feel like they are paying off the balances on the other cards.

All that happened was the balance was moving from card to card, and the new low-interest rates, the “teaser” rates ended, and that next card became the one to dump. Why not just pay it off with a home equity loan and use your house as collateral? The pattern of moving debts around just meant that people no longer had as much equity in their homes because they used them to pay for all the coffee, they swiped on their credit cards in the past years.

Inflation Happens and People Should Prepare for Higher Costs

People who have lived a while and been around the block a few times know all about inflation, that it happens and there is not much anyone can do to stop it. There are some general guidelines about how money and economies work, and how inflation will be a factor. And when we talk about avoiding mistakes of the past, we can look at our markets and history in the late 2000s and learn from the housing bubble crash. We can and hopefully did learn how to make more stop-gap measures to prevent economic systems from crashing. While no economy is bullet-proof, they are more complex and resistant to market fluctuations than ever before. So, the wise person prepares for higher costs and inflation, with an eye on the best economic opportunities in the coming years. For example, it might look like renting might be better than buying until the real estate markets change. So always be prepared to adjust earning and spending, allowing history to be one of your guides.

Buying, Selling or Renting a Home or Condo During Economic Change

People spend so much time thinking about buying, selling, or renting their homes. People should also spend time thinking about the rest of their finances. While deciding to rent and wait for some reason to buy later, make smart choices with every dollar in the meantime. We all see memes about people upset about the price of gas while waiting in line to buy high-dollar coffee.

The same way people gain and lose weight, incrementally, by what they eat and whether they exercise, the same patterns of daily spending or savings lead to measurable results. While allowing yourself to make better habits, allow one of those habits to be learning how to make money outside of just your choice of where to live, and how to pay for it. What if you have a rental home that is not going up in price every year because your landlord loves you and wants you to stay? What if the money you were saving for a home down payment could be earning so much more income in some private business investment or a smart savings opportunity? The point is that thinking out of the box and not taking convention for granted, are the things successful people understand and practice.

When Are Conditions Right for Filing for Bankruptcy Protection?

Thinking about Chapter 7 and Chapter 13 Bankruptcy as a financial planning tool to get more money, is better than thinking about something less. Assume you are not allowed to think about the past and may not judge yourself for anything that happened financially. Next, look at right now, and how it would look with some, or all that debt eliminated and gone. It is your right to take advantage of financial laws to get ahead of the game and that is all you need to remember with bankruptcy.

There are endless reasons the person with less debt because they eliminated it, is the person with better future opportunities. The trick is learning from history and avoiding mistakes of the past.

Call Joseph Wrobel, Ltd., the Chicago Bankruptcy Attorney Who Saves from Mistakes of the Past (312) 781-0996